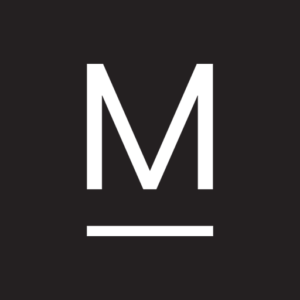 Ancient Thoughts for Modern Results — Stoicism and the Workplace

It all started in the 3rd century BC with the gathering of a group of thinkers in Athens. By debating and discussing the ways —and tools— for living a fulfilling and virtuous life, Stoicism was born. This impactful ideology has since not only survived for thousands of years, but also influenced the entire world. From the outskirts of Athens to the political heart of Rome. From individuals, to businesses. How does this ancient school of thought influence the way we, at Mirage, work in the 21st century? How can the principles of Stoicism become meaningful for you personally and professionally?

Stoicism seeks to bring ethics to the forefront, so that philosophy can be a productive life practice. A guide to living. A guide to working. An operating system. The skills of the philosopher such as reason, virtue, logic and ethics together form a solid framework. To solve problems. To guide. To persuade and to compromise.

The Stoics elaborated an extensive taxonomy of virtue, dividing it into four main segments: wisdom, justice, courage and temperance. Let’s break this down into more specifics.

Stoicism is in essence about realising and acting upon the fact that we don’t control the world around us, but we do control the way how we respond. By incorporating these four main types of virtue, let’s say into your work environment, you will be able to build an attitude of sustainable resilience. The Stoics said that everything we face in life is an opportunity to respond with virtue.

Learn. Apply. Learn. Apply. This is the Stoic way. An approach that we ourselves integrated in our modus operandi and positioned at the core of our attitude. This is the foundation for innovation and growth. We do so by applying what we learn. Over and over again. The only reason to study philosophy, in this case Stoicism, is to become a better person. Aren’t we all striving to become a better version of ourselves?

Surely this article was a basic, general introduction of Stoicism. There is so much more to explore and to discuss. We are always happy to talk about this interesting topic and its perspectives — you too? Let’s plan a rendezvous. Simply drop us a mail at info@thisismirage.com and let us know if you would like to receive a list of book recommendations.